Dr. Greene and his staff were truly amazing! I had my tubes tied in 2012 during an emergency c-section to have my son. I had a complicated pregnancy and was in an even more complicated relationship and I was terrified at the thought of having another baby when I made the decision to have my tubes tied. I had nothing but problems with my body that just got worse as the years passed. My problems all seemed to stem from hormones after my tubal ligation and I regretted it so much! During this time (in 2013) I met an amazing man and he became my husband in 2015. He had no biological children but had adopted a son and 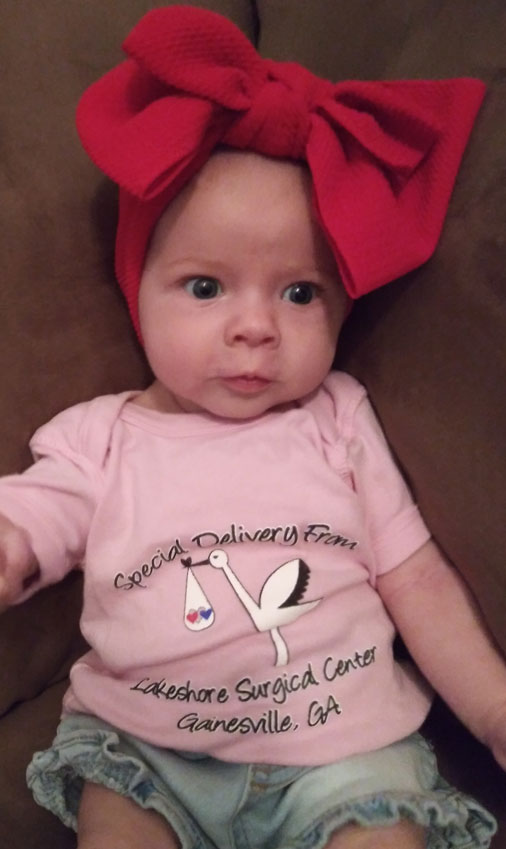 raised him as his own. I had 2 children and thought I would never be able to have children again due to having my tubes tied and I was always sick. Then, as I was looking for possible causes for the rapid decline in my health, I came across something called post tubal ligation syndrome (PTLS, which most Doctors do not believe is real) and found out about tubal reversal and that it could possibly help with the side effects that I had from having my tubes tied plus I could possibly have another baby with my husband. My husband had always wanted a biological child and was such a good dad to my children that I suggested reversal as a possible solution for us both. I figured if it could help me at all with my health problems and I could have a baby with my husband, how could it hurt to try. My husband was skeptical and our insurance wouldn’t cover it but we finally made the leap of faith and he now says it is the best money he’s ever spent! Almost all of my health issues have cleared up and on April 13, 2020 (3 days before the 1 year anniversary of my reversal) we welcomed our beautiful baby girl, Arabella Psalm M.! We are so thankful for Lakeshore Surgical Center and Dr. Greene! Our little girl is truly a blessing from God and her name in Latin means “Yielding to prayer”.